One of my most vivid learning on leadership has to do with lingerie.

The name is Daniel Franco. Once upon a time, he made lingerie.

It was an afternoon many years ago. I was at home switching between TV channels looking for something interesting to watch. This scene caught my eyes. 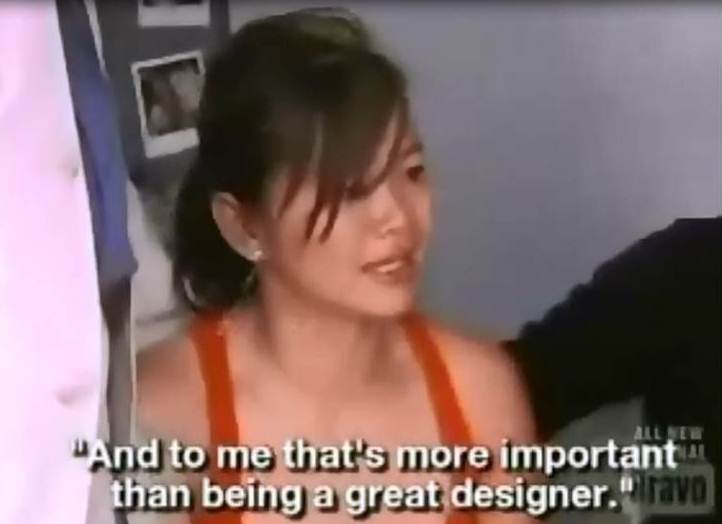 A girl (whom I found out her name was Chloe later on) was sobbing and she said between her chokes: “You are such a good person; and to me, it is more important than being a great designer”. I downloaded the episode – what happened before and after Chloe’s sobbing scene made my heart warm and my eyes teary, even after years.

Here are 6 of my favourite quotes from the video and why.

Between somewhere and nowhere – I would risk the former over the latter because  at least you are moving forward.

My friend’s father said, “A vision is a painting you see in your head; when and if everyone else sees it, it is no longer a vision”. It is fine your vision is not agreeable by everyone, but you must have one

A vision gives birth to a purpose and purpose creates passion.

I remember one day during a casual conversation, I asked my marketing director,“how do you know I am ready (for a bigger role)?”

He said,“You always have an opinion”.

If having a vision is too far-fetched for you, start by listening to your opinions.

You will find clues because an opinion is a dressed-down version of a vision.

2) “If it goes down and someone has to go; I go. I won’t sell them out, I will take the blame”
This sentence touches my heart every time.

“Take one for the team” is part of the job descriptions as a leader; as Uncle Ben in Spiderman said “with great power comes great responsibility”.

Followers look to see whether a leader is courageous before they fully accept that person’s leadership. If they see courage (taking full responsibility for actions and admitting and apologizing for mistakes) it feels safe to ‘sign up.’

People need courageous leaders in order to feel there’s someone to make the tough calls and to take responsibility for them – they need to know that the buck truly does stop with the leader. With a courageous leader, people feel protected – not that they’re helpless, but they know the person in charge really has their back.

And courage begets courage: your followers are more likely to make their own tough decisions and to take responsibility for them when you model that behavior. You have their backs – so they’re more likely to have yours.”

In short, a leader gives you a sense of security, even though he might be shitting in his pants.

My first boss in P&G was Pankaj.  Whenever I went to him with a problem, he said,“It is OK. It is OK. It is OK and this is what you do…” it was, at that point of time, a calming tune like a nursery to a baby.

I knew he got my back. My first business plan submitted to my president in the company had a major error and Pankaj covered me. I am forever grateful.

During my onboarding with Srikant, the predecessor of my current role, he wrapped up the last conversation by saying,“The Buck stops at you. If something goes south, it is always your fault. Always take one for the team”

Take one for the team takes courage because it is a conscious decision. The bigger the responsibility, the harder the decision.

Although I do not think the recent Korea ferry tragedy was solely the prime minister’s fault, Chung Hong-won took full responsibility and resigned.  I admire him as a leader.

Remember, Someone who pushes you to shield the arrows when things go south is not a leader. We call them ostriches.

3) “You cannot have the ego to lead but without the balls to take the responsibility”
Enough said. If you want to lead, ball up.

4) “You are such a good person; and to me, it is more important than being a great designer”
When I was in AIESEC, my successor Waileong had a simple measure of success as a leader.

He said “I deem myself successful if by the last day of my term, I ask my team this question: do you want to do this with me again?” and they say yes without any hesitation”. You are a good leader when your team wants to be led by you over and over again.

People do not quit their job, they quit on lousy bosses.

At some point in our life, we will lead. The decision we take, the words we say, and the gesture we make have a butterfly effect on our team and our people.

A business leader friend said “by the end of my career, there is only one number that matters, the number of people whom I have promoted”.

Another friend said,“the proudest moment in my career wasn’t when I got promoted, but it was the first moment when an ABM asked me to be her mentor. I told my husband. He said: you can fail every other thing in work but not this one.” Her husband was a wise man.

Often, the little things we do go farther and deeper than we imagined. We leave footprints on others’ life. And you have a choice – to leave footprints to guide them to light or to stomp their souls to death.

There are big purposes in the small things we do.

The purpose becomes apparent when you start being a good human above and beyond the title on your name cards.

5) “You leave here with tremendous integrity and dignity – I have a lot of respect for that”
“Tell the harder truth and do the harder right; if you are defeated by the end of the battle, you have won the hearts and respect of many!”

Do you want to be like Michael Jordan or Lance Armstrong? What is your legacy?

Lance Armstrong was a record seven times Tour De France champion until he was stripped off the titles for doping and banned for life. If you watch the documentary about his story, it is a pity that  none of his teammates stood up for him. In fact, many testified against him.

Ask yourself these questions.

“Would you be proud of yourself and what you do – if one day God examines you with a microscope from heaven?”

“Given a choice – would you want your sons and daughters to relive your life second by second?”

“What do you want your friends and families to whisper among themselves about you at your funeral?”

6) “I can sleep better knowing I got to show who I am; I am a designer who cares about principles, dignity, ethic, and respect and hope that is something I have demonstrated”
This is a world of many temptations. know what you stands for and never ever compromise it. Defend your values to death.

One day, I was chatting with Dr. Kenny in his room. Someone knocked on the door and a student came in. He brought good news.

“Dr. Kenny, I got into the police academy!” He said.

Kenny stood up and what he replied stunned me because I wasn’t expecting it.

With a stern voice and a poker face, Kenny said, “You, my friend, listen up. It will be a world of many temptations out there [being a police]. Be a leader and fight them. You have the power to help or to destroy. If you can’t withstand them, leave!. Promise me to be a good human being and good police. If you can’t, the least you could do is to quit [police force]. ”

The student took a while and eventually said, “I promise”

Then Kenny hugged his student and gave him a big pat on his back and said “Now, be a man and do the world some good!”

Daniel was a loser of a competition but a winner of life.

Lastly, allow me to post these questions to you:

“Who took your breath away? Do you aspire to be like Santino or Daniel? Who is your Chloe? What would you do starting today?” 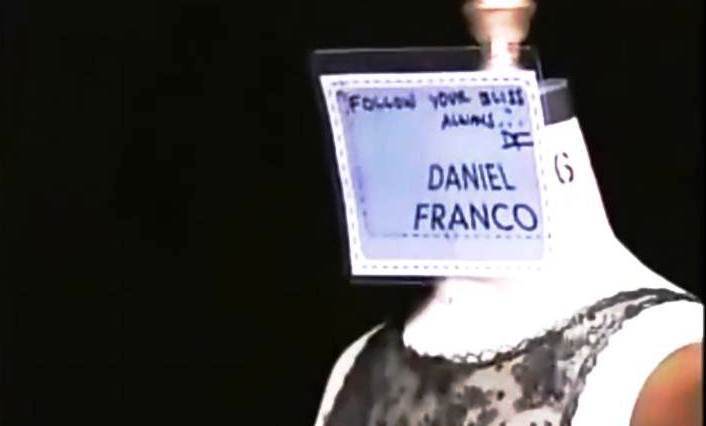 Here is my most loved article by far. Do leave your comments! 🙂